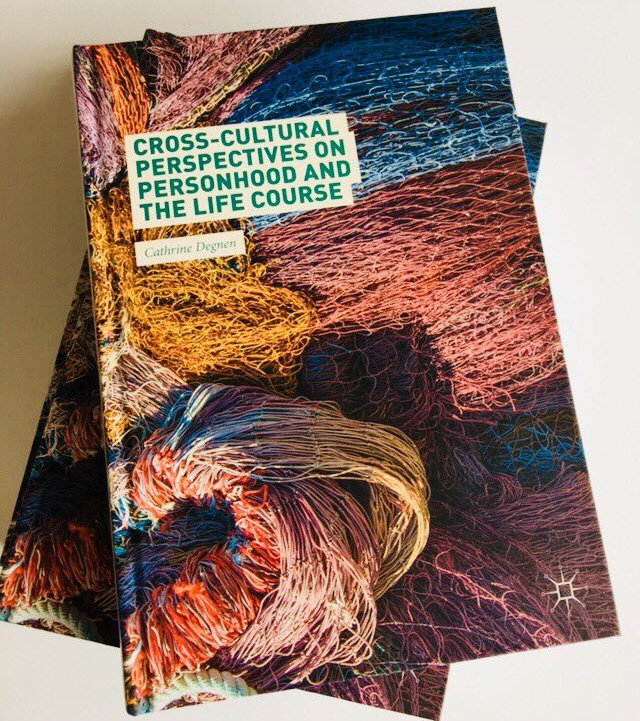 The relationship status of most academics with their writing is often, in a word, “complicated”. When the writing is going well, it can feel wondrous and as if full of sparkling light: the various strands and elements weave together in front of you almost by themselves, coming clearly into shape, text flowing onto the page. And when the writing is going badly, it is as though nothing is right in the world: thoughts turn to dust. They cannot be captured nor rendered into a recognisable shape; every idea feels turgid, a painful false start. But as every academic and writer knows somewhere in between these two ends of the spectrum are the normal “just getting on with it” kinds of writing moments, for write we must.

This year I have been thinking very explicitly about academic writing, in two ways. The first is because of a programme called Writing Across Boundaries (WaB) (https://www.dur.ac.uk/writingacrossboundaries/ ) that Tom Yarrow at Durham University (https://www.dur.ac.uk/research/directory/staff/?id=9727 ) and I have been collaborating on. This training programme is for third year postgraduates in the social sciences and is dedicated to supporting researchers using ethnographic methods to engage more effectively with the issues that arise in the writing up of their data. Delivering this programme for the first time in March 2018 gave me the chance to work with early career scholars writing ethnographically for the first time, and to talk openly about the challenges and pleasures of that with them. For any readers of this blog looking for guidance in their own relationship with writing (especially if it is feeling particularly “complicated” at the moment), I highly recommend the Writing On Writing page built in earlier years of WaB. Each short essay there is written by well-known social scientists who offer personal reflections on the process of writing, and its trials and tribulations  (https://www.dur.ac.uk/writingacrossboundaries/writingonwriting/ ). The insights they share there are both immensely reassuring and also inspirational.

The second reason I have been contemplating academic writing so intently is because I recently had a research monograph deadline to meet. Called Cross-Cultural Perspectives on Personhood and the Life Course (https://www.palgrave.com/gb/book/9781137566416), the final push to complete this manuscript quite literally took over my life for a period of time. The rollercoaster of writing I describe above became my lived reality for months on end. But of course these final stages of book writing are only the very end of what is often an extremely long process.

In my own case, the initial ideas I explore in this book first came into focus not as a manuscript, but instead as a proposal I made for a third year undergraduate module called “Making People”. Teaching Social Anthropology in Sociology at Newcastle University, I wanted to explore with my students a series of interconnected questions about personhood and the life course: Who counts as a person? How do we know? Does the category of the person shift over a life time? When does personhood begin? When does personhood end? Are children people? What about the dead and non-humans: are they people? How is personhood made? Can it become endangered? What does the ethnographic, cross-cultural literature in anthropology help us understand about these questions?

Teaching this module for two years permitted me to test out some of the ideas I had, and to really immerse myself in a large body of literature. This was serendipitous as I did not have the luxury of sabbatical to research and write the book – I had instead to find ways to do both little and often whilst carrying a full teaching and administrative load in my department over a period of nearly three years.

But as that long process went along, I gradually came to realise that we don’t only write books. Sometimes they also write us. By this I mean that I had always been aware that my passion for the topic I was writing on had initially grown out of my long-standing research interests in self and identity in one particular part of the life course, namely older age. It was the challenge of extending this existing interest via the category of the person, via other aspects of lived experience than older age, and via the insights generated with cross-cultural perspectives that really spurred me on.

And yet what I had not appreciated until those last couple months of writing was my own particular take on the ways in which personhood is built, affirmed, and maintained relationality at various points in the life course. That is to say, in the book I examine the life course via a focus on how people build relations with the world and with each other at various crucial points across their lives. But in those final months of writing, I had to try and explain in the book’s Introduction what I actually meant by relationality. Faced with that task, I articulated for the first time that how I understand and write about it as an analytical construct is deeply influenced by scholarly work in the new kinship studies in anthropology, animistic cosmologies from circumpolar and sub-arctic peoples, and by the literature on place. In making explicit these implicit foundations, I also realised how each of those fields represented different stages of my own career and training to date, from my MA work on aboriginality, post-colonialism, and medical anthropology; to my doctoral research on later life in post-industrial South Yorkshire; from post-doctoral research in the north of England on public understandings of genetics; to more recent work on later life and place. Each of these stages helped me sharpen my thinking about how personhood is negotiated in reference to more than the individual, more than the biological, and more than the human.

These were of course things that I knew, but which had become so foundational to my way of thinking that I had come to take them for granted. It took the writing of a new project for me to see how these various threads come together in my own intellectual biography. And  it is for this reason I say that the book wrote me.

Cathrine Degnen is a Senior Lecturer in Social Anthropology in the School of Geography, Politics and Sociology at Newcastle University. She is beginning a new period of ethnographic research in 2018-2021 with Katharine Tyler, Susan Banducci, Dan Stevens and Trevor Coan funded by the ESRC called Identity, Belonging, and the Role of the Media in Brexit Britain.

View all posts by bsapgforum

Tell us what you think... Cancel reply